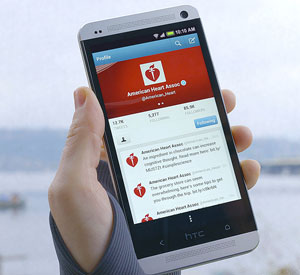 Putting the heart back in social media.

Improving the cardiovascular health of Americans is no easy feat; in fact, it takes more than a 140-character tweet to get the word out. Building on American Heart Association/American Stroke Association’s (AHA/ASA) mission, we helped the organization determine how to effectively educate the public on heart health by harnessing the power of social media.

From presence to influence.

The first step in creating an effective social media strategy was assessing the current state of AHA/ASA’s social media presence, which includes hundreds of accounts. After evaluating their current efforts, we developed a detailed strategy and governance framework that helps empower representatives to have engaging conversations on both a national and local level.

Go forth and engage.

We helped equip AHA/ASA with a social media strategy that identifies archetypes for the organization’s key audiences, corresponding metrics to measure results in engaging these audiences, and guidance for the creation of a Social Media Center of Excellence. These efforts support AHA/ASA’s goal of improving the heart health of all Americans by 20% by 2020.